So the dog that my sister thinks is a good fit for me at the shelter where she volunteers has been named Teak... because the brown of his coat is that of rich teak wood. (Named by my sister, no less!) 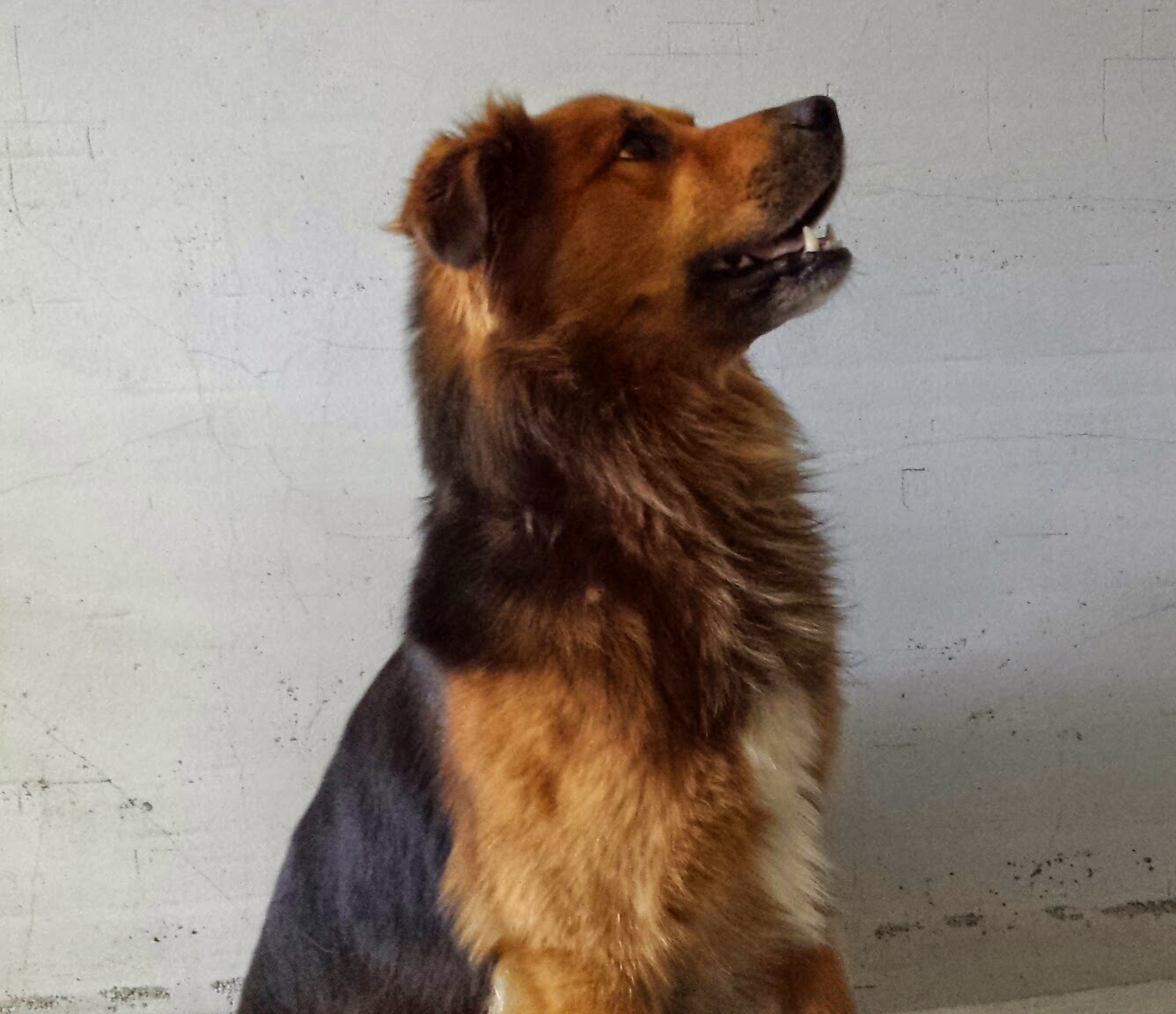 I've met with him three times in the past week, and each one is better than the last. He does have some issues and is going to the vet's on Wednesday to get neutered and have xrays of his hind end to figure out why he's a bit gimpy.

Teak was found near a small town in the southeast part of the province wandering loose. No one has come forward to claim him, so he is available for adoption. Age is somewhere between 2 - 5 years, at my best guess from the condition of his teeth. The vet will have a more accurate idea. He has a bit of training as he has on occasion sat on command but given that he's uncomfortable in the right hind, they have not been pushing for more than he is willing to give. He trots around okay in the outdoor exercise area and will lift either leg to pee, but when standing often only just lightly rests his paw on the ground. It might be hip dysplasia, or it may be an injury from getting clipped by a car, or wiping out while running loose.

He doesn't like the barky puppy that's there and will grumble a bit when walked past BooBoo's kennel so he may have had a bad experience with puppies (perhaps disciplined by a human for trying to discipline an unruly pup?). He doesn't care about the other barking (adult) dogs at all.

Because his health status is unknown, Teak will get a very thorough exam on Wed., which will include blood tests for heartworm and Lyme disease, a good going over, nail trim and deciding what, if any, treatment is required for the gimpyness. The nice thing about this rescue shelter is he will get treated for all things that are discovered and it doesn't affect what I pay for his adoption. They have a set fee for that. Now, I have donated things that they need like bleach and canned cat food (they have a sponsor for dog food so that doesn't seem to be an issue) so I do try and help out in ways that I can. They post on facebook when they are running short on things.

It is very common for dogs in kennel situations to bark like fiends. Teak has not. In fact, he has rarely barked (yay!), according to the staff there. He seems to be very calm and laid back, friendly with people and barely showed interest at the one cat he's met there so far. (That will get tested more once they get him more comfortable.) 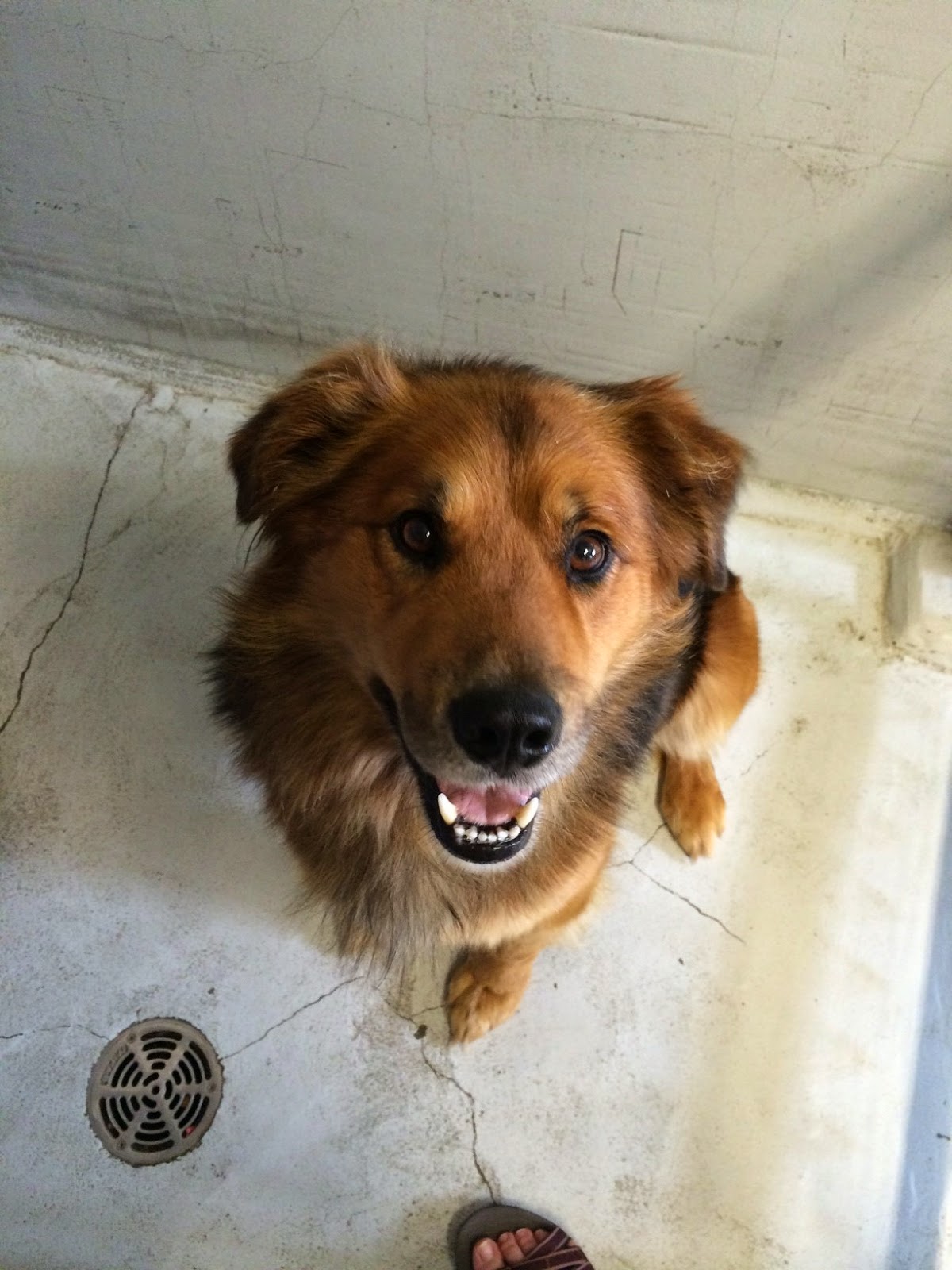 I don't yet know how long he will be there, but I have put a "reserved" sign on him!
Posted by Ponita in Real Life at 00:09