RIP Robin Gibb. His last work, with his son Robin-John, was a requiem to the victims of the Titanic tragedy. Even as he was dying, he was still giving his talent to the world.

Well, it's about bloody time!!

I know I've gone on and on about how the 'system' has been screwing me over my claim for compensation for the shoulder injury, right?

Well, my file was finally sent, with lots of documentation from my healthcare providers (physiotherapist, sports medicine doc and orthopedic surgeon), a couple of statements from two of my coworkers, and a plea from my nurses' union labour relations officer (who has been handling this appeal for me, bless her tenacious little heart!) to actually follow the workers compensation act and accept my claim. Both the physiotherapist and sports med doc saw me pre and post accident, as I had been complaining of an aching shoulder that would wake me up at night (but I still has full use of my arm). The physio and the ortho surgeon both said that in 20 - 30% of MRIs, certain shoulder injuries are not at all visible, and there is medical documentation all over the internet (in respected medical journals, etc) that uphold this.

My adjudicator at the comp board was consistently denying my claim based on the MRIs (and ignoring everything else) I had done pre and post injury. Because I had seen the sports med doc, he had ordered an MRI to see what was going on before doing steroid injections in my shoulder (which would have been the appropriate treatment at that time) but I had the accident the day after the first MRI. Comp ordered a second MRI to compare to the first. They said there was no change. The two MRIs were taken at different facilities, using different machines, and different views. Can you compare apples to oranges? But then, the ortho surgeon said he doesn't even care if there is an MRI. He determines the injury and need for surgery by the symptoms the patient has. And then he determines what needs to be done when he actually has the scope in your shoulder and can see the actual damage.

Did Comp take any of that into account? Nope. The second MRI showed almost "no change", therefore what happened at work was not the cause of the loss of use of my arm. Bastards!! The adjudicators are not medically trained personnel. They are just office minions. If an injury doesn't fit their 'cookie cutter' scenario... it gets stamped "Denied".

Thank the gods the Review Office is staffed with medical personnel!!!! It took them a week to make their decision. And that includes the couple of days it took to mail the file to them and for them to type out and mail a letter of acceptance to me!!! Obviously it was a no-brainer.

So now I am awaiting word from the Rehabilitation and Compensation Services office to let me know the financial end of things. I should be getting a fair chunk of change back. Which is a damn good thing, because I had a crown break off a couple of weeks ago and will be getting two dental implants to replace the missing teeth on that side of my mouth. And those ain't cheap, let me tell you!!! Costing me about what I paid for my (used) car. But I need them. I can't chew on that side, and I absolutely refuse to have a partial plate or dentures. I will go through the discomfort of the implants (both physical and financial) to have permanent teeth again!

I'll let ya, life would be very different if those Comp bastards had approved my claim right off the hop. I'd still have my house, my dog.... *sigh*
Posted by Ponita in Real Life at 10:44 13 comments:

What's that, you say? 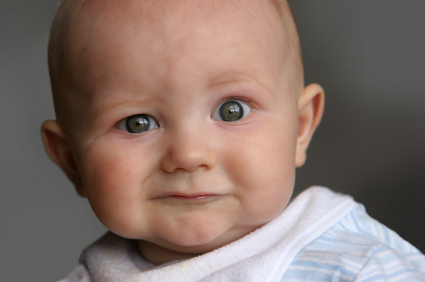 Tell me what language this was translated from....


"Thanks be given to you very much in regard to the take forum. I highbrow a luck and got to be acquainted with the spot on with captivating people. I'll be a iterative visitor."


Makes no sense to me. It's amazing how many of the spam comments from 'Anonymous' (seems to be a whole population of these guys out there... and none of them can translate anything accurately!) obviously started out in a different language. I don't think the automatic online translators really do so great a job, do you?

*ahem* Just wanted to say I'm not AWOL any longer. But considering it's only been two weeks since I moved in and there's still too many boxes lying around, I can't say how much blogging or commenting I'll be doing any time soon.

One of these days, I will get back into the swing of things.

Just wanted to let everyone know I'm still pink and breathing. Don't skew that around, okay?! It's what we nurses like to say when we ascertain that someone is still actually alive.

Last time I checked.
Posted by Ponita in Real Life at 13:22 9 comments: