I spoke with the vet who cared for Teak yesterday during his exam, xrays and neutering. She said it was wonderful to meet the person who will actually be (fingers crossed it works out) adopting a dog she works with for the rescue shelter, which almost never happens.

She was very impressed with his body condition and muscle tone, given that he has severe hip dysplasia in the right hip joint. Just to rule out any other possibilities, they did the xrays under full anaesthesia so that he would be completely relaxed and they could get the proper angles. His right hip is ugly, his left is normal (which is good news ~ sometimes both are affected). They did his knees and his entire spine just in case. All looks great, with normal, even spacing between his vertebrae, meaning he has no degenerating spinal disks.

(Not Teak's hips, but the same side is dysplastic (R) and this looks very much like his xray.)

The xrays were done before his surgery and his nads were huge! Well developed, that's for sure. Couldn't see them at all under that hairy coat. But they are now gone (cue cringing in the men), and he is recovering nicely at the shelter.

All his bloodwork came back normal, and heartworm and lyme tests were negative. Those two are a huge relief as we have gazillions of heartworm larvae laden mosquitoes and lyme infected deer ticks in this province!! The treatment for both is long and drawn out, expensive and hard on the dog.

So the long and short of it is, Teak will come home with me probably Wednesday next week. Because he had his hip joints manipulated, and he was an older male when neutered, he's pretty sore and fairly swollen. I had a short visit with him today after talking with the vet. He was happy but obviously sore. And I heard him bark for the first time ~ there's a new dog at the shelter who was barking alot down the hall and he took exception and barked a couple of times... but on a good note, stopped the instant I said "hey! quit that!" (Good boy.)

The long term plan is to keep him lean, feed him food specially formulated for dogs with joint problems (already started at the shelter), give him glucosamine, and a pain/anti-inflammatory med (also already started). The vet figures he may be around seven but he's not huge so should have lots of years left in him. The kennel I bought for Sorley won't be big enough but the shelter is willing to take it in trade for a much larger one (same style) even-steven. I have a few supplies to stock up on before he comes, and arranging space for his kennel. I've a seat protector for the truck, and a folding step stool for him to use to get in (if required) but also to put in front of the seat to give him more room for his feet when facing forward. When he's not with me, it can be stored behind the seat. Then we will have about 4 1/2 days to get him relatively settled before I go back to work. 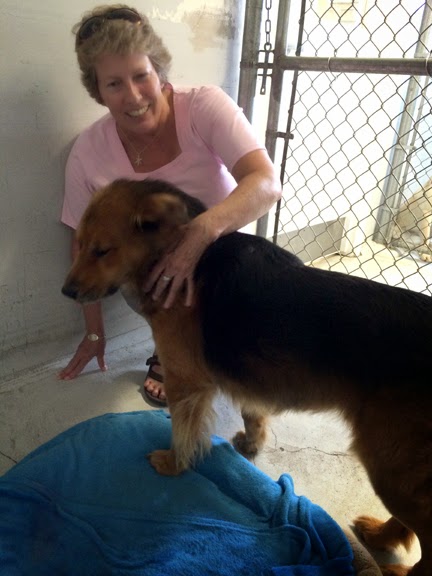 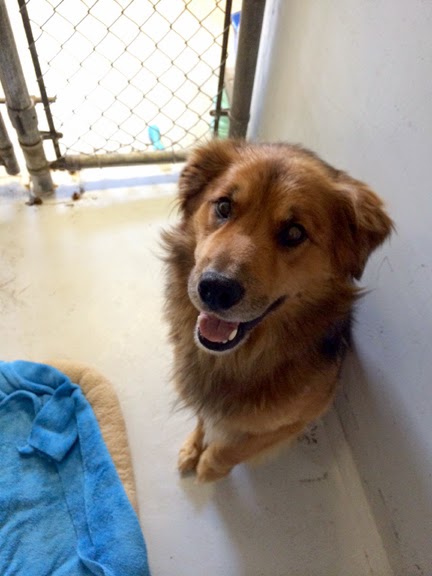 (I had a helluva time getting up after that shot! I understand his pain ~ I have arthritis in both knees.)
Posted by Ponita in Real Life at 00:49