It has been just over six months since losing my brother. It has been a very long six months and one aspect of this is finally coming to a close.

It took 3 months to get probate on my brother's estate, which allowed me to deal with his estate and not have legal repercussions against myself if anything went south. So that meant I could put his house up for sale. We (myself, my sister, and niece and nephew) had a weekend long sale of his belongings at his house. We had distributed mementos to family and friends prior to this, but then had to deal with the rest of his stuff. It was very weird selling things we had seen him use/wear. But in the end, it helped with expenses as all that brought in about $1400.

I listed the house mid November. It just sold. There is a lot involved with selling a house. We held a number of open houses on weekends to allow people to come through to have a look. But it was a hard sell, because he had gutted the upstairs bathroom and it was only roughed in, with new plumbing and electrical, but no fixture, no flooring, and needed drywall work and painting as well. There is a 3 piece bathroom in the basement so the house is definitely live-in-able. Ultimately, it was a young woman who had come through an open house mid-December with her parents who ended up buying the house. She takes possession next Friday, Feb. 21st.

And that is one huge relief! I had the bank that held the mortgage put the payments on hold starting January after there was no interest by mid-December. Given the location (walking distance to a large hospital, and downtown) and a decent price point, I had hoped for a quick sale, But no, that bathroom put a crimp in those plans. There was only so much money in his bank account and it was dwindling fast, Pausing the mortgage payments helped a lot but the sale changes all that. Because that means there will be the funds to pay the lawyer, pay his final taxes (if any), and give a bit of money to his beneficiaries (no, not me, although I will get a bit for out of pocket expenses).

The next step will be to do his taxes. Because he was a salaried employee with no life insurance and no investments, it should be pretty straight forward, unless Canada Revenue has something in a file somewhere showing he owes them money from way back. I have his files and he's done his taxes annually from what I can see. Fingers crossed, this tax thing results in a simple return with a refund owing.

After that is done, all is just a waiting game, for the government to issue a clearance certificate, stating he owes nothing more to them, and I will be free and clear to distribute the remaining monies.

All this sounds pretty business-like, paperwork and scratching pens and clicking computers. But none of it conveys the heartache, the tears, the worry, the work involved. The piles of boxes and papers in my tiny house, making an obstacle course that I cannot clear until all this is done. The time spent after work and on weekends trying to get things all tied up. The sale of the house is a huge relief, because it took 2 3/4 months on the market to move, and we had to drop the price $5k to get it to move, and even then, it went $9K under than. But it is done, and for that I am grateful. We survived Christmas with a toast to my brother, and each of us in our own way honouring his memory and missing his hugs and gentle presence.

The road ahead has fewer bumps and turns than it did a few months ago. One day, it will just be a trail of memories littered with laughs and smiles. One that I will travel with the rest of my family. 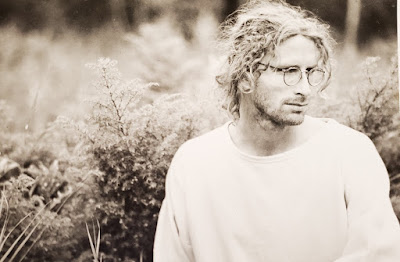 A selfie taken long before selfies were a thing.
Circa 1989