Mad.. as in Hatter

At work today, someone had left lying about a copy a a small magazine entitled 'Preview'.

It gives little write-ups about up and coming movies, telling who stars in them, the basic story line, and when they are to be released.

Now, being single, I don't often go to the movie theatre by myself. On occasion, my sister and I will go. But most often, I wait until it is out on the TV pay per view thingie and watch in the comfort of my own home.

The popcorn is a lot cheaper, and the bathroom much closer.

But the cover of this particular issue razzle dazzled my eyes... Tim Burton's Alice in Wonderland... ooooo, I can't wait! It is even being released as a 3D Imax film! The photo spread was very reminiscent of how things look when dropping acid, before the hallucinations really set in... Not that I speak from experience or anything. ahem 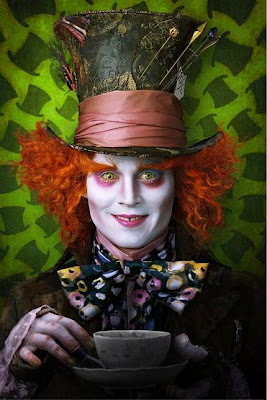 The ever fabulous Johnny Depp as the Mad Hatter.
Can't you just see this being a fave costume for Halloween in 2010?? 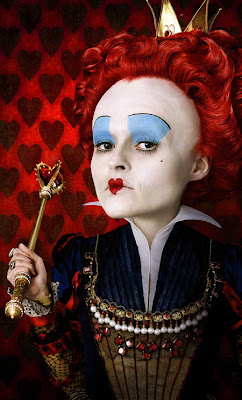 Helena Bonham Carter is the Red Queen... deliciously wicked, is she not? 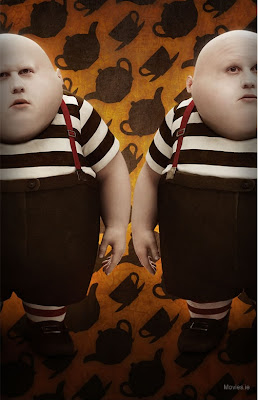 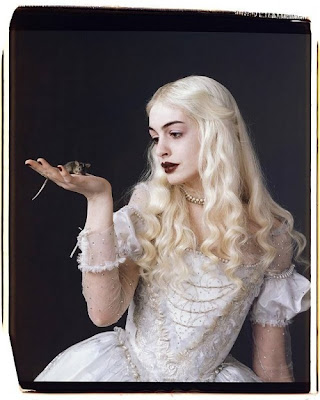 Anne Hathaway is elegant as the White Queen...

Some of the photos in this little spread made me realize that this probably isn't a film to take the little ones to see. And being a Tim Burton flick, you can bet it will have its own special twist!
Posted by Ponita in Real Life at 22:36