As 2016 is looming right around the corner, only about 13 hours away, I have been thinking on what things I need to accomplish. I've never been one to make resolutions. This is more of a list of Things To Do.

I have a Plan.

This Plan has a Timeline.

Because of my health issues, I must plan things out, spaced so that it is reasonable that I may accomplish them realistically. My energy level isn't the greatest, but it is a bit better since I surrendered Teak back to the shelter. (That was a very difficult thing to do, but I have seen him several times since then and he is doing well, although still not re-adopted.)

The 5 year term for my mortgage is up in September 2017 and I plan on selling the house so that I will not have that huge debt when I head into retirement. When I had first moved into this house, I had a lot more energy and thought I would stay here but I now know that is not possible. As I get older, I realize that the physical upkeep just isn't going to be possible for me, so my efforts are going into doing the renos that will be possible for me and to increase the value of the house in that time frame.

I need to finish the basement that has already been started: complete the drywall, then paint and put in some flooring. I may have to do a little concrete levelling as the 60 year old floor isn't in the greatest shape, but at least it is not cracked and leaking, just a bit crumbly and dusty in spots. I am going to leave the ceiling open and spray paint all the joists and ceiling a flat white. It is a low ceiling (only 7 ft) so reinstalling drywall just makes it even lower. So visually, it will be more open in all white. My electrician has given me the go-ahead to do so on all the wires and junction boxes. The little half bathroom down there needs a new toilet, sink and vanity. I have already bought the sink. That won't be too bad as I already know how to do all that. Where the shower stall was in that bathroom (torn out to repair that big crack in the foundation wall), will become a built-in work bench in the furnace room. I will  just move the existing wall forward into the bathroom to make the bathroom smaller and use that space for a work space. Easy to build with plywood and 2x4s.

Because of the saggy main beam in the house, and the installation of steel teleposts to correct that, there are many cracks in the drywall upstairs that will need to be repaired. That of course means more painting to cover the repairs. After that is all done, I will install the rest of the new flooring (just like the laminate I put in the bedroom) but want the work on the walls finished so I won't ruin the floor.

The biggest project will be the kitchen. It is old. It is soooo inefficient. I have planned it all out and will take down the wall between the living room and kitchen to open the space up, with a peninsula counter that will have two chairs for eating. This house doesn't have a dining area and the kitchen is too small for an eat-in area, so this will give more space for that. The appliances will be relocated, and I will install an 18" dishwasher (yes, that is small but a full sized one won't fit here) that can have a front to match the cupboards. It will improve the house so much!

The bathroom needs a new tub and there is a company here that scans and measures your existing one and makes a new one that fits right over top, which means the bathroom won't need to be gutted to get a new one in. I've already replaced the toilet, and have a new sink and vanity ready to go, so that won't be too bad. They will do the installation of the tub so just the sink and vanity for me to do. Piece of cake!

I will look at the cost of new front windows, as the existing ones are original and crap! They are double pane but the seal is broken and so there is some moisture build up between the panes. Also need a new front door as the existing one is 60 years old and is quite warped. Very drafty in the winter! Brrr...

I am also going to be going through all my stuff and downsizing drastically. Once I don't have the house anymore, a lot of the tools will no longer be needed so I can sell those. Same with the lawnmower, trimmer, rakes and such. I am a bit (ahem!) of a pack rat and have accumulated all kinds of stuff that I just don't use anymore. Now that is going to take a lot of time and hard decisions!

I guess this is more than enough for one year, and I do have until the summer of 2017 to get it all done, but it is a plan nonetheless!

Wishing all of you and your families all the love, health and happiness in 2016 and always. 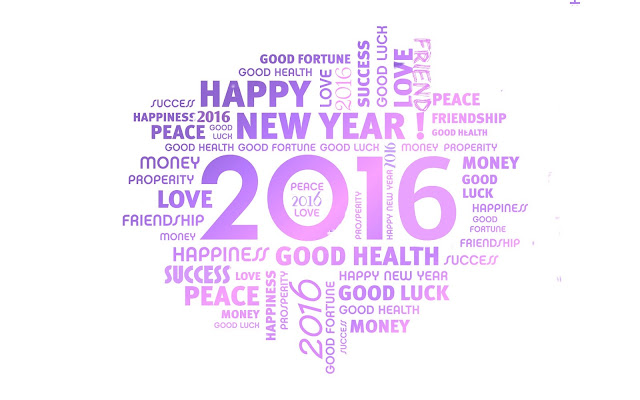